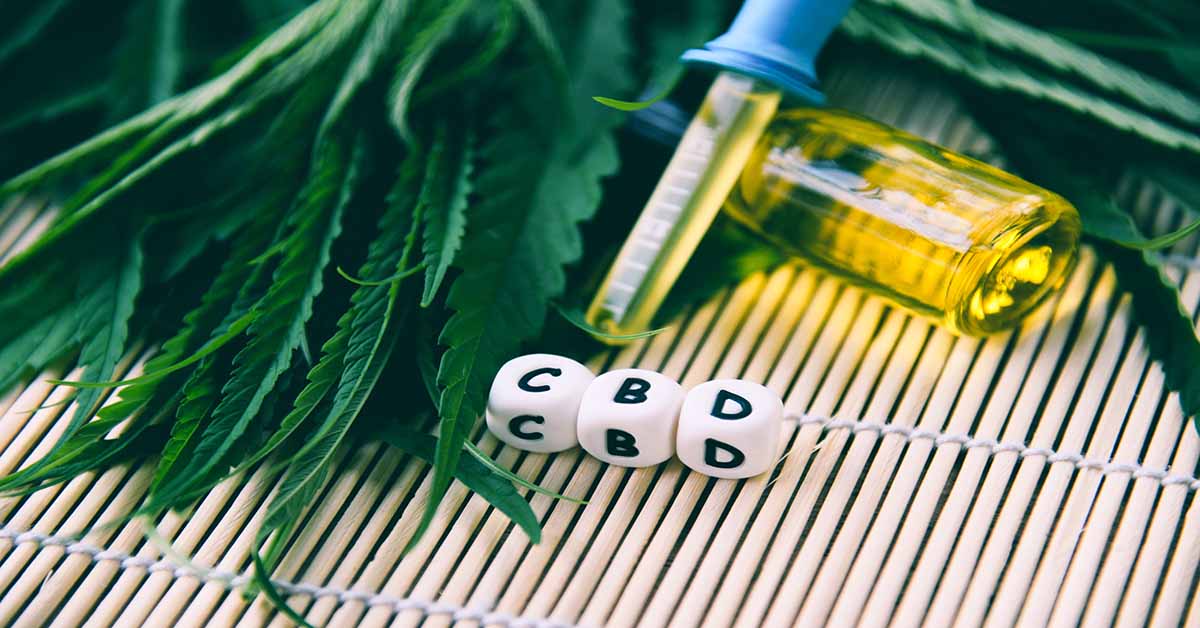 CBD or Cannabidiol is a type of Cannabinoid derived from the Cannabis Sativa plant. Cannabis Sativa has two major varieties – Hemp and Marijuana. While Hemp has a higher concentration of CBD and a lower concentration of THC (Tetrahydrocannabinol), Marijuana has a higher concentration of THC. Therefore, Hemp is used for the extraction of CBD. CBD oil is extracted from the flowers, leaves, and stalks of the hemp plant as these are more concentrated in Cannabinoids. The usage of Cannabidiol has been gaining momentum courtesy of the several therapeutic properties it possesses. CBD oil is a viable option for treating anxiety.

Anxiety is a feeling of nervousness and worry. It is the brain’s natural reaction to stress. However, in some cases, Anxiety becomes uncontrollable to the point that it begins to hamper the quality of life. This may be an indication of an Anxiety disorder.

CBD, unlike its psychotropic counterpart THC, has a soothing effect on the brain. It has been a subject for various studies for its anxiolytic and therapeutic potential. It is worth mentioning that CBD is legal in India.

How does CBD Oil help with Anxiety

Traditionally, anxiety has been treated with various anxiolytic drugs such as SSRIs, SNRIs, and benzodiazepines. Some of these work immediately while others take time before substantial improvement is noticed. Most of these drugs tend to be addictive and patients often experience debilitating withdrawal symptoms while coming off them. Cannabidiol, on the contrary, is not addictive. It works to alleviate the symptoms that occur as a result of anxiety disorders.

CBD for improved sleep and relaxation

People suffering from anxiety disorders often experience trouble falling asleep. Apart from sleeplessness, anxiety also hampers the quality of sleep through frequent nightmares. This leads to disturbances in the body’s circadian rhythm and can also be responsible for poor immunity. Cannabidiol calms the hyperactive mind and improves the quality of sleep. It has a positive impact on the Endocannabinoid system in the brain responsible for maintaining functions like sleep, mood, appetite, cognitive function, and memory.

Useful in anxiety-induced hypertension and vice-versa

Anxiety and stress are directly proportional in the sense that one worsens the other. Excessive stress leads to a hike in the production of Cortisol, which in turn worsens anxiety. An increase in Cortisol is often responsible for increased blood pressure. When left unattended, hypertension can lead to various heart ailments. Since CBD oil has a soothing effect on the body, it helps the mind deal with stress, thereby checking the production of cortisol and keeping hypertension at bay.

Another issue related to anxiety that is prevalent in patients is a panic attack. Panic attacks appear suddenly and vary in severity. Symptoms may range from fear, breathlessness, and dizziness to inconsolable crying. CBD oil has an almost immediate effect on panic attacks. It is effective in taking the edge off providing instant relief. Not only this, but regular consumption of CBD oil also decreases the frequency of such panic attacks.

Comorbid disorders are the type of disorders that are commonly found with a particular condition. Some of the most common comorbidities occurring with anxiety are major depressive disorder, bipolar disorder, and substance use disorder. People suffering from anxiety are more likely to fall prey to substance abuse disorders like dipsomania as it is often perceived as a viable escape mechanism. Unfortunately, this only makes matters worse in the long run. This is where CBD oil can play a crucial role. It helps in the management of not only anxiety disorders but also the symptoms occurring as a result of existing comorbidities.

How to take CBD oil for anxiety

When it comes to taking CBD for anxiety, it is necessary to be mindful of the quantity it is taken in as an overdose can also be counterproductive. It has been observed that in the treatment of anxiety, consuming CBD oil at night is especially helpful as it fosters sound and uninterrupted sleep. It can also prevent or at least reduce the severity and frequency of nightmares.

Dosage may also vary from person to person depending on the severity of the situation. When taken in oil form, it is safest to start with a few drops once a day and increase the dosage as you go. Alternatively, it can also be added to drinks. However, any sort of supplement or medication should be taken under proper psychiatric guidance as in the case of people suffering from mental disorders such as anxiety, self-medication may backfire.

How long does CBD oil take to treat anxiety

The effects can be felt almost immediately depending on the dosage. The effect can be felt within 30 minutes to 2 hours. Not only does it instantly calm down a person in event of an anxiety or panic attack, but also helps in the alleviation of general anxiety and chronic stress felt throughout the day.

Does CBD oil have side effects

CBD oil may or may not have side effects. Just like the positive effects of CBD vary ever so slightly person, so do the negative effects. Widely speaking, Cannabidiol is mostly well tolerated by most people. However, just like any other drug, you need to take certain precautions before making CBD a part of your treatment plan for overcoming anxiety. First of all, you must rule out the possibility of any adverse drug interactions. For instance, Cannabidiol should be avoided if you are on blood thinners such as Warfarin. Certain studies have established a relation between overdose of CBD and potential liver damage, both in the presence and absence of other drugs. Various other studies have found that CBD can affect the proper functioning of the liver over time. Therefore, monitoring of liver enzymes is necessary during the consumption of CBD in any form.

Alarming as these side-effects may sound, it is important to note that these side effects are rare and can be easily avoided as long as one is not reckless with the consumption.

All in all, CBD oil is a viable option for the treatment of anxiety and other comorbid disorders. It is useful both in the long-term treatment as well as in short-term treatment. Since it is a fairly new treatment option and the research around it is still in its infancy, its consumption is best practiced under safe medical supervision. It can be made a part of an existing treatment plan. Another thing that plays an important role in the long-term, almost permanent solution to anxiety is psychotherapy. While drugs such as anxiolytics, SSRIs, and SNRIs are majorly aimed at alleviating the symptoms of anxiety, psychotherapy seeks to identify and fix the root cause of anxiety disorders. CBD oil can be used both individually and as an adjunct therapy, as long as it continues to impart the plethora of benefits it has in store.

Tags:best cbd for anxiety and depressioncbd oil for depression and anxiety
Share this...