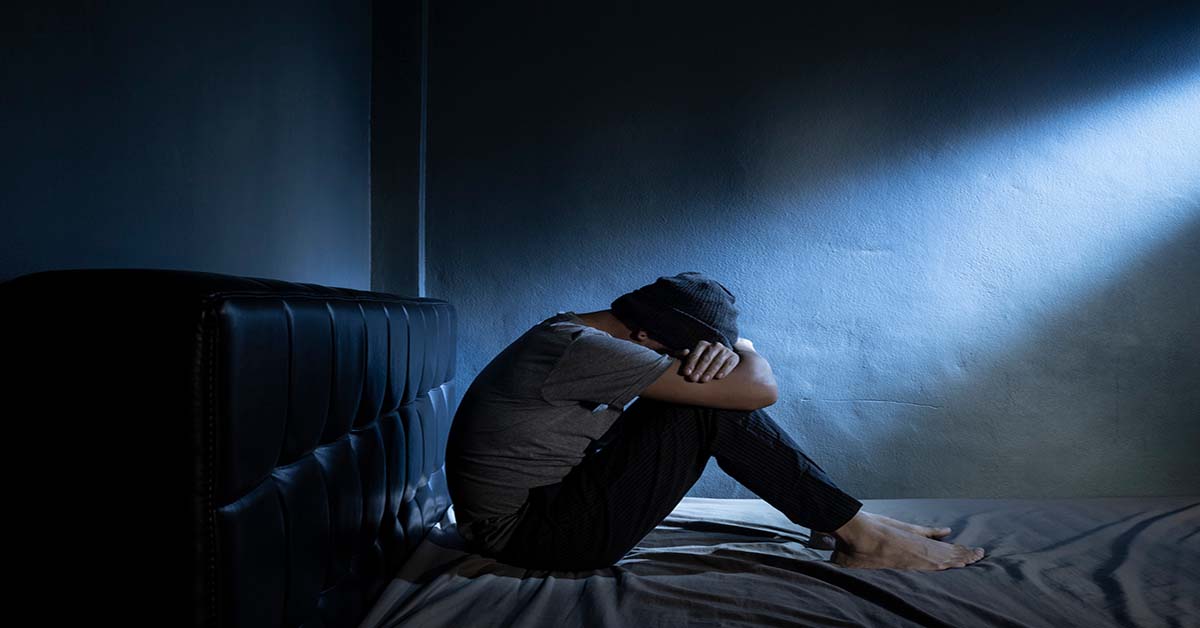 The Diagnostic and Statistical Manual of Mental Disorders (DSM) defines depression as a mood disorder characterized by chronic sadness that lasts for a prolonged period. Depression must not be confused with sadness, which is normal and is experienced by everyone.

Sadness is temporary and harmless whereas depression is a serious illness that can get worse over time if left untreated. Just like any other disease, depression has various symptoms that can be observed in people suffering from it.

Some of these symptoms include pessimism, a feeling of helplessness and emptiness, self-pity, anxiety, loss of interest in daily activities and hobbies, change in appetite, unexplained weight loss or weight gain, and insomnia or hypersomnia. Patients also develop suicidal tendencies in more severe cases.

Traditionally, two prominent approaches have been followed to treat depression. The pharmacological approach seeks to treat depression with medicines while the psychological treatment approach follows various types of talk therapies to achieve results. Both these treatments are often used in conjunction. Patients are prescribed different types of antidepressants depending upon the severity and symptoms of the disorder.

Recent studies show that Cannabidiol, the major compound present in CBD Oil, is highly beneficial in the treatment of depression. Although medicines are without any doubt beneficial in the treatment of major depressive disorder, they also have an array of side effects. Some of these are nausea, weight gain, fatigue, drowsiness, and also stomach ailments in some cases. Some side effects are more common than others.

In contrast, CBD oil has fewer and less severe side effects. Anti-depressants take approximately six weeks before any improvement is seen. In the case of CBD oil, improvement takes less time to be noticed.

How does CBD Oil treat depression

CBD or Cannabidiol is a derivative of the Cannabis plant. CBD oils are generally available in a diluted form in which other carrier oils are used. CBD is extremely beneficial in the treatment of various mood disorders.

It works by affecting the Endocannabinoid system in the brain. It is used in the treatment of various mood disorders such as depression, post-partum depression, anxiety, panic disorder, bipolar disorder, premenstrual syndrome (PMS), sleep disorders such as insomnia and hypersomnia, among others. Various studies show that it is also useful in the treatment of seizures.

CBD oil can also be used in fibromyalgia. Fibromyalgia is one of the many physical symptoms of depression. Fibromyalgia often manifests itself as unexplainable physical pain and tenderness in different parts of the body. Some of the other signs of fibromyalgia are fatigue, excessive drowsiness, poor sleep quality, and irritability. CBD oil acts as a natural analgesic and alleviates the symptoms. It can also be used topically to massage the affected areas. Oral administration also helps in managing the symptoms.

As a mood enhancer

CBD oil is therapeutic in depression as it has been found to have a profound effect on mood. It eases irritability and gloominess. It has a soothing effect as it relieves stress and calms the mind.

CBD to ease panic and anxiety

Depression and anxiety tend to be comorbid. Comorbidity refers to the simultaneous presence of two different diseases in a patient. It is highly likely for patients with depression to also suffer from anxiety disorders, and vice-versa. Due to its soothing and calming effect, CBD oil plays a key role in the treatment of various types of anxiety and panic disorders. It can ease panic attacks almost instantly.

Another common symptom of depression in patients is the presence of an erratic pattern of sleep. Not only do sleep disorders aggravate irritability, but also present themselves as a hindrance before effective treatment. CBD oil has been found to prolong sleep duration and reduce the level of Cortisol; the hormone responsible for causing stress. It is useful to patients suffering from insomnia.

How does CBD oil compare to antidepressants

It has been observed that depression is caused due to low levels of Serotonin in the brain. Most of the antidepressants are essentially Selective Serotonin Reuptake Inhibitors (SSRIs).

On the other hand, Cannabidiol is a type of Cannabinoid. The human brain has Cannabinoid receptors as it creates its own form of Cannabinoid known as Endocannabinoids. The Endocannabinoid System is responsible for maintaining sleep, appetite, pleasure and pain, cognitive function, memory, movement, immunity, growth, and most importantly, mood.

The compounds present in CBD oil acts as a fuel for the Endocannabinoid system, thus acting as a crucial player when it comes to improving mood. The effect of hemp oil on depression is still a subject of research as there are not enough extensive studies to confirm the claims.

However, most people who take it for depression swear by its benefits. Some even go as far as advocating for it simply on the ground that the side-effects of CBD are not half as prominent as the long-term and short-term side effects of anti-depressants. Secondly, CBD is non-addictive, unlike several drugs that are often prescribed.

How to take CBD oil for depression?

CBD can be administered in a number of ways. The most commonly used methods are vaping, oil drops, capsules, edibles like gummies, and tinctures. The most convenient way of taking CBD is in the form of drops. The drops can be taken orally or added to a drink. It is important to stick to the specified dosage indication of the product, as it may differ in different products.

How long does CBD oil take to treat depression

The effects of CBD oil can be felt almost immediately, depending on the dosage and the way it was administered. Usually, it takes around 30 minutes to 2 hours. It also gives immediate relief in the event of a panic attack. The good thing is that its effects are not limited to immediate reactions. It also reduced the severity of depression when used regularly for a long time.

Does CBD oil have side effects?

CBD may adversely affect some people. Some of the common side effects include drowsiness, fatigue, loss of motivation, diarrhea, and dry mouth. People who take blood thinners should be particularly cautious as possible unfavorable drug interactions are best avoided.

Having said that, it is important to note that CBD is generally well-tolerated by most people. An allergic reaction is more likely to occur due to the consumption of adulterated CBD oil. This further necessitates that CBD oil is chosen wisely.

Cannabidiol is indeed proving itself to be of immense potential when it comes to the treatment of depression. As a result of the growing awareness about CBD oil, it is slowly making a mark for itself as a viable treatment option for depression. It can be a part of your treatment plan for its therapeutic effects. In less severe cases, it can also be opted for as the only treatment. In either case, proper psychiatric guidance should be sought before proceeding.

Is CBD Serve The Only Supplement You Need for Gut Health?

Is CBD Serve The Only Supplement You Need for Gut Health?