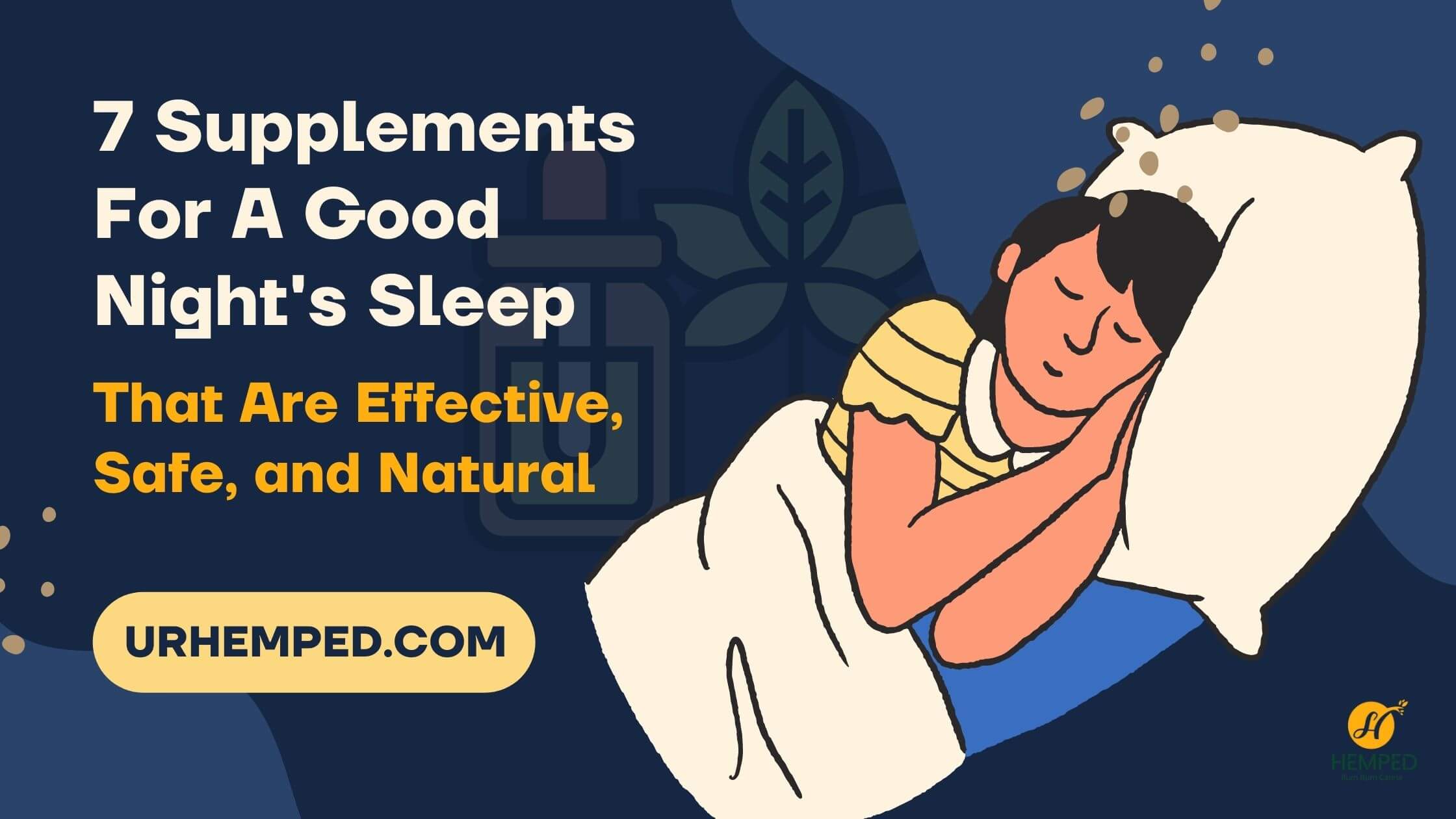 Do you ever find yourself crawling into bed after a long and exhausting day, yet a good night’s sleep seems like a tall order? If your answer is yes, you may have chronic insomnia, which implies you’ve been having trouble sleeping for several nights over a long time. Although certain conditions such as depression and hypertension can induce insomnia, other factors such as mood swings, stress, lifestyle, and age can also play a role.

Why choose natural remedies for insomnia?

If you’re prone to insomnia, you’ve probably already tried the usual things, such as reducing coffee and alcohol intake. Perhaps you’ve also tried drugs and other treatments, such as sleeping pills. Sleep drugs are not a long-term solution because they are only effective for short-term sleeplessness and have a number of negative side effects, including appetite changes, brain fog, and poor memory, to mention a few. Natural sleep aids, on the other hand, are generally considered to be both safe and effective.

Natural sleep supplements, like sleep medications, vary in strength, formulation, and characteristics. For people who prefer not to take pills or tablets, teas, mixes, tinctures, and essential oils are great alternatives. There is a type of sleep aid for everyone, and you might need to try a few before figuring out the ones that work for you. Listed hereunder are some of the supplements that are known to be most effective for promoting sound sleep.

Melatonin is a hormone that is normally released at night and causes us to feel sleepy. It’s caused by the body’s reaction to less brightness, which happens naturally at night. The lights from your phone, laptop, TV, and other electronics, on the other hand, hinder melatonin release, making it difficult to fall asleep. Melatonin is an over-the-counter substance that can assist you in falling asleep. 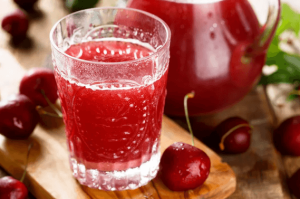 Because cherry juice is known to be naturally high in melatonin, it may aid in comfortable sleep. Participants with insomnia who drank sour cherry juice for two weeks had more sleep, according to a recent study. However, if you are diabetic or have a history of high blood sugar, you should consult your doctor before you start taking it.

There is little doubt that valerian is the most renowned sleeping aid in herbal therapy. Valerian has been demonstrated in clinical research to improve sleep quality, shorten the time it takes to fall asleep, and promote undisturbed sleep throughout the night. A tiny amount of valerian extract can be taken about an hour before bedtime. It takes some trial and error to find the appropriate dosage. Try reducing the quantity if morning tiredness occurs. If the dosage isn’t working, make sure to eliminate sleep-disrupting variables like caffeinated drinks and alcohol before increasing it. 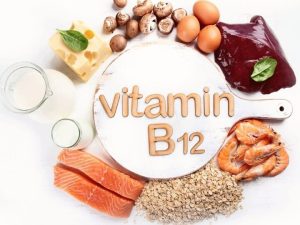 Melatonin can be made more effective by the active form of vitamin B12, methylcobalamin, especially in middle-aged people and individuals who work shift patterns. Some individuals with sleep-wake disturbance have been proven to benefit from methylcobalamin supplementation. Excessive daytime sleepiness, restless nights, and numerous nightly sleep disturbances are all symptoms of this condition. Taking methylcobalamin has been shown to improve sleep quality, daily alertness and attention, and mood in patients with insomnia. Much of the advantage appears to be due to methylcobalamin helping to set the stage for nightly melatonin secretion by lowering midday melatonin secretion.

Chamomile flowers have been used for centuries to cure a range of ailments, including insomnia. Chamomile contains a number of active chemical components, including apigenin, which has a slight sedative effect when it binds to the brain’s receptors. Chamomile has been shown to reduce stress and anxiety in several studies. Participants in a study of postpartum women who consumed chamomile tea reported less sleeplessness and depressive symptoms. Another study of older people found that those who got chamomile had higher sleep quality than those who did not.

Lavender is a flowering herb that was first used in the Roman empire. It is more widely used as an ingredient in aromatherapy. Many people are unaware that lavender can be made into tea and incorporated into a peaceful nightly routine. The use of lavender oil as a dietary supplement has been demonstrated to increase sleep quality and duration. Oral administration of lavender oil has been shown to help minimise nightly wakings and improve mood. However, some studies suggest that lavender aromatherapy and lavender tea may have just a temporary effect on sleep quality. In one study, lavender tea drinkers were said to be less tired. Lavender is a good short-term treatment for insomnia. 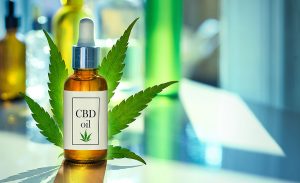 There is good news for people who use CBD oil in India. Cannabidiol, or CBD, is a potential natural option for people suffering from anxiety, depression, and other mood disorders. Many of the medicines used to treat these mood disorders can disturb normal sleep patterns and mess with circadian rhythm, producing issues with sleep regulation, continuity, and daytime sleepiness. People with anxiety, depression, and other psychiatric problems may even be able to consume CBD without disrupting their sleep cycles, according to studies.

There’s more good news about CBD’s capacity to reduce anxiety and promote relaxation. Cannabis has been used as a natural cure for anxiety and stress for ages. Researchers have found that CBD is one of the most relaxing and stress-relieving natural substances generated from the cannabis plant in recent decades. CBD has also been shown to help with depression symptoms by raising serotonin levels in the brain. Stress, anxiety, and physical pain are just a few of the most common roadblocks to a good night’s sleep. CBD’s capacity to alleviate physical pain as well as psychological tension and anxiety undoubtedly contributes to its inherent sleep-promoting properties.

While these supplements can help you sleep better, you should keep in mind that insomnia is most often caused by an unhealthy lifestyle, stress, or an unpredictable sleeping schedule. Identify the elements that are causing your sleeplessness and make lifestyle modifications to address them. Sedentary behaviour has also been linked to insomnia, therefore getting some exercise on a daily basis can be really beneficial. Fixing your circadian rhythm is also important, as is avoiding sleep deprivation. Even going to bed a few hours earlier than usual can throw off your body’s natural cycle. Maintaining a schedule is essential for avoiding insomnia. If you’re prone to sleeplessness, midday naps are best avoided.

If you’re having difficulties falling asleep, try listening to soothing, peaceful music as you sleep. Listening to music before bedtime may help you get a better night’s sleep. Reading a book can be just as effective for some people. Stretching and yoga movements can also help your muscles relax before bedtime. Unwinding before bedtime is essential for preparing your body for a restful night’s sleep. These methods, when combined with efficient natural therapies (like cannabidiol oil in India), can really help you with a sound sleep.